I miss blogging. I began in 2006 and did it quite actively until 2011—when my posting frequency declined. During my PhD I was still drafting several posts, but ended up only publishing a few. I missed the sharing of ideas and the open discussion that a blog post can give. And this is why I decided to write the introduction of my PhD thesis as a series of blog posts.

Now that I have defended my PhD, I’ll post some sections of the text here. The thesis is accessible at the Bergen Open Research Archive (BORA – UiB): 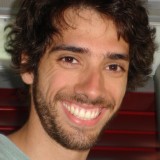 Evolutionary biologist interested in embryos and larvae of marine invertebrates.

4 replies on “My PhD thesis in the blog post format”

Evolutionary biologist interested in embryos and larvae of marine invertebrates.